A memory card is a pretty uncomplicated piece of gear. 24x32mm, black, with inscriptions. A piece of plastic with a chip inside. Creating something like this cannot be considered quantum physics, but my experience shows that there is quite a lot to go wrong here. Similarly during the purchase phase.. During the workshops I organized I often came across various types of ‘solutions’ – the cheapest Sandisks from eBay, products bought at Aliexpress, unbranded cards 3x cheaper than those with a more well-known logo. After all, if the capacity and transfer parameters stated on the box are the same, why should you pay more, right? Then, you hear numerous stories of beautiful photos that will never see the light of the day.. 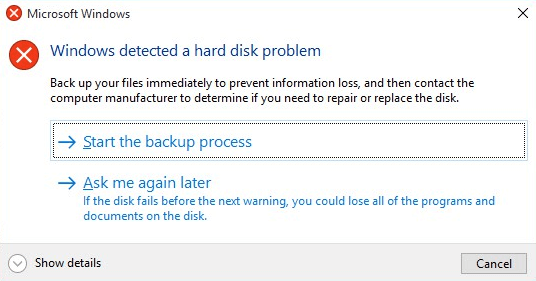 A memory card can be as important as the photo equipment you use. Without it, just like without a camera, you cannot take pictures. (Although once one of my photo rental company clients, asked if the photos can be recovered after she realised she forgot to use a memory card. Well.. ;))

Purchasing a reliable memory card is important. In my case, also a fast card. After switching to the GFX system, the size of RAW files grew to around 120MB, so slow media would not be able to handle it. Fujifilm, unlike Nikon D850, does not support XQDs, so I had to re-stock it with good old SD cards.

I have heard a lot of good things about Austrian based company – Angelbird Technologies, so I decided to give their products a try. Especially that I have experienced various problems with cards produced even by the “top” companies. I chose Angelbird AV Pro SDXC 64GB V90 MK2 UHS- II 300 MB / s . There are larger capacities available, but my assumption is that when destroying / losing a card with a smaller capacity, there is always a chance that some images will still be stored on a different card.

I took the cards with me on my March trip to the Alps. How was it? 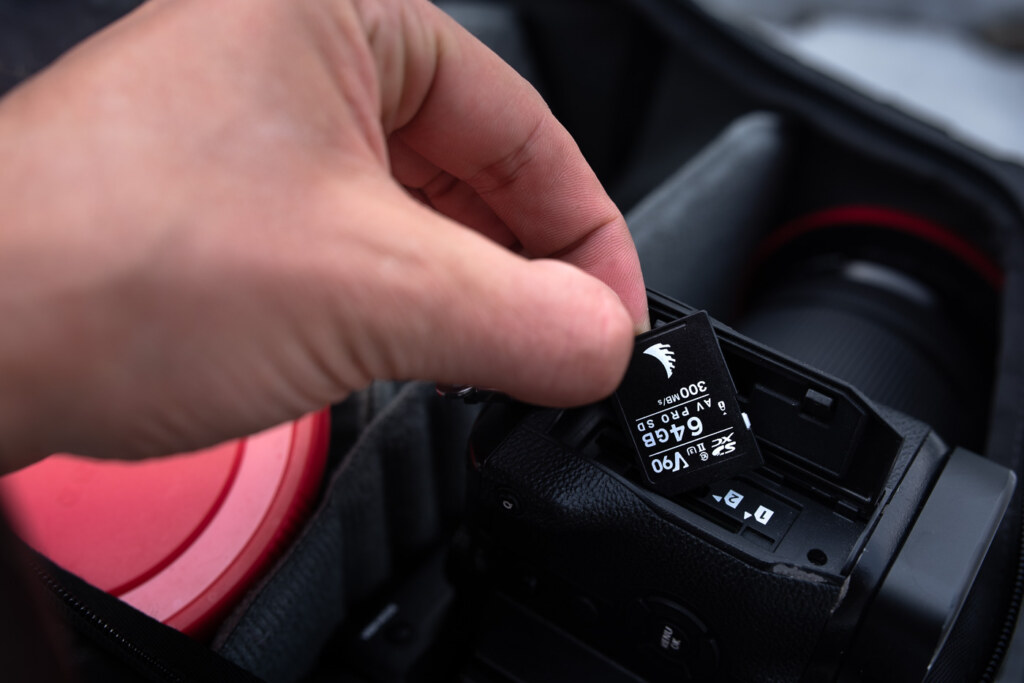 Black card with printed white inscriptions. No fireworks, no striking stickers, minimalist, neat, all with a nice logo. Very pleasant. I did not drive over it, but it looks solid. There will be more about solidity anyway. 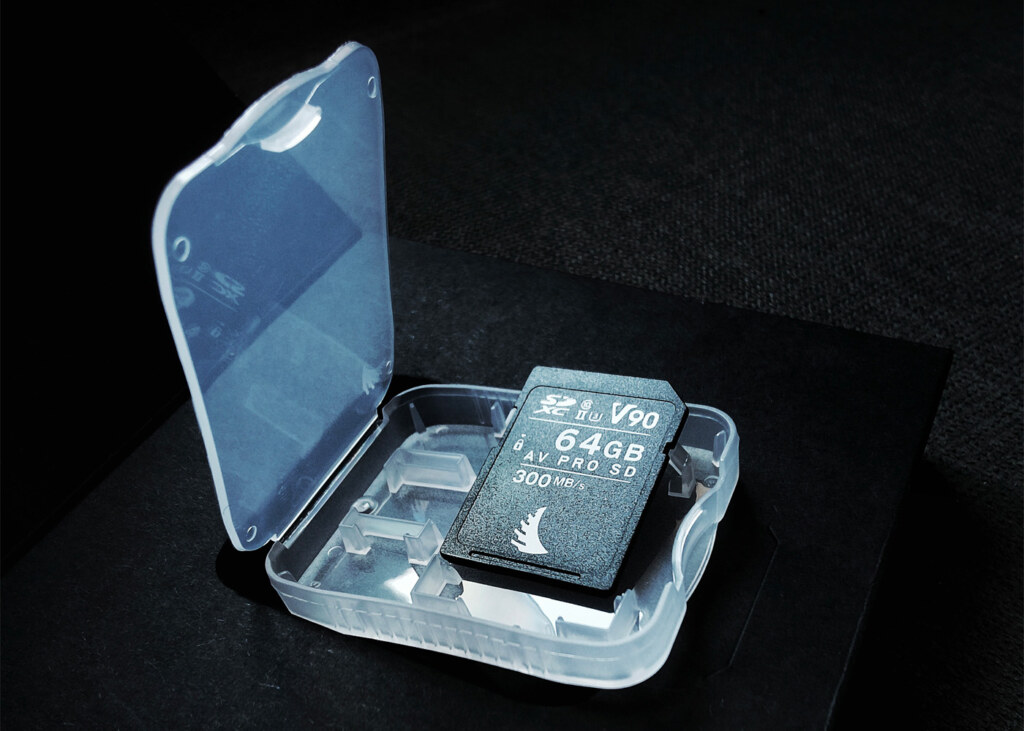 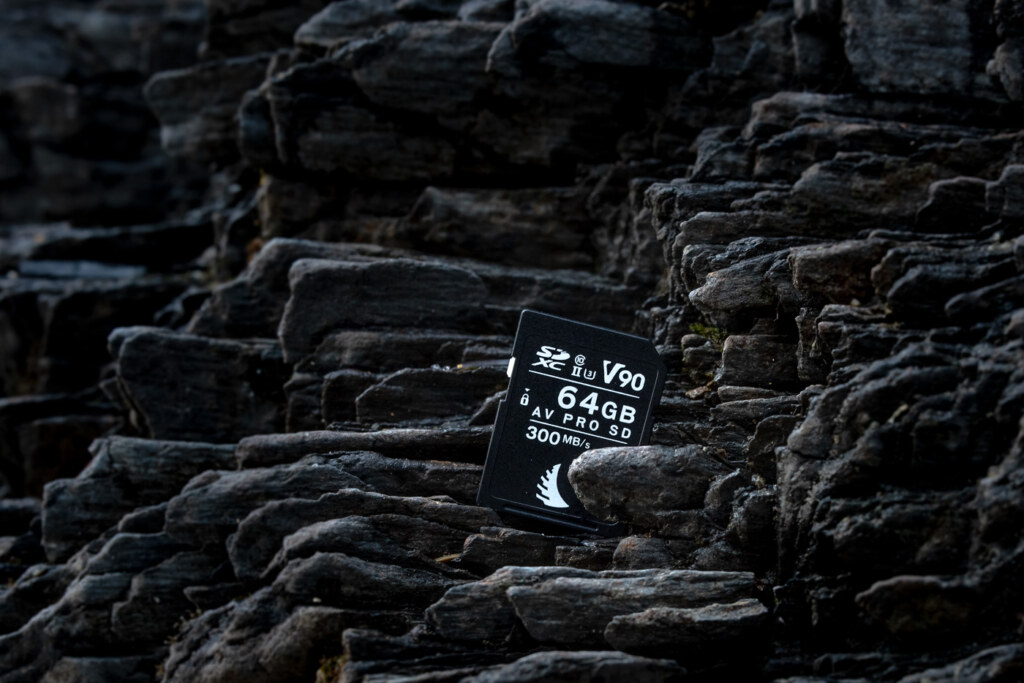 The card slides very nicely into the card slot on my GFX, with a subtle click sound. The flash of golden connectors is accompanied by the black elegance of the controllers and other components enclosed in a tasteful housing.

Seriously – the cards just work. They do their job 110%. They worked well outdoors at -15°C. I did not notice any transfer delays and slow camera operation with continuous shooting. While reading, everything also worked as it should. All photos were safely stored on the card and then transferred to my PC without any problems. It is worth mentioning the presence of the ECC (correction coding) technology, which enables full or partial detection and correction of errors resulting from transfer disturbances. 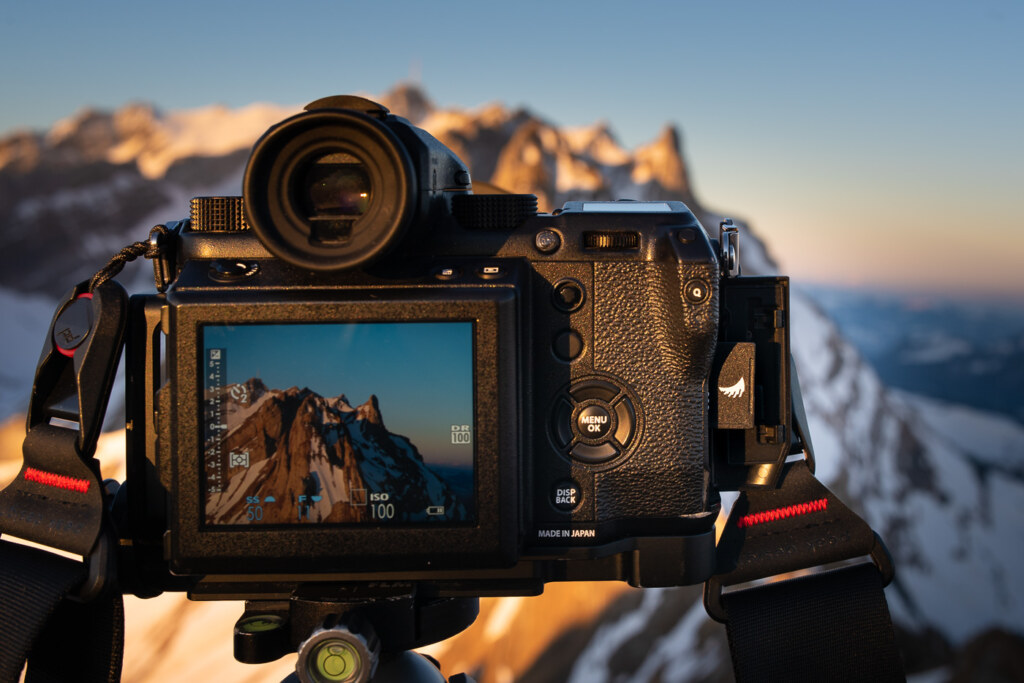 Although I haven’t tried it, an additional offer from Angelbird can also be very valuable. The company provides a free professional data recovery service on all its products along with free express shipping. This applies to all cases of physical damage to the media and damage to files/data.

According to the manufacturer, the card is resistant to water, shocks, falls, X-rays, interaction with magnetic field and can operate at the temperatures as low as -25°C.

Due to the unavailability of an X-ray at my place, I tested all other threats. The card passed all the tests easily: 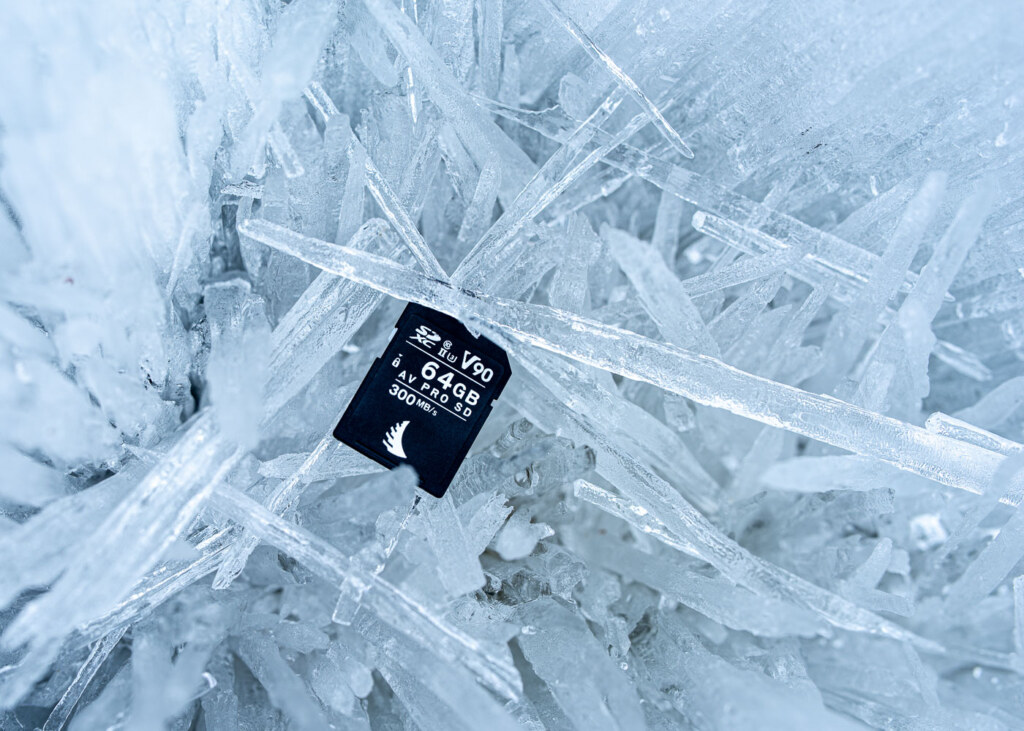 The only downside can be the price. A minimum of around 100 EUR for a 64GB card is quite a lot.. To me it is a justified expense. With equipment worth more than 15 000 EUR, I consider risking all photos from the trip for a one-time saving of 25-50 EUR a misunderstanding. This opinion is based on previous experience. Don’t ask ;)

The impressions of use are usually largely subjective. Either you like something or you don’t. Crash tests can tell a little more, but not everything either. What would be the benefit of a rugged memory card whose real life data transfer capabilities differ significantly from the manufacturer’s specs?

After my return from the Alps, I tested the card for read / write parameters. I used H2testw and CrystalDiskMark software. For comparison, the tests included also Lexar 64GB 2000x Professional SDXC UHS-II U3 V90 card.

At the outset, it is worth noting that the declared transfer values specified by manufacturers are the maximum values.

The results of H2 test show that Angelbirds cards cope 5.53% better with reading and slightly better with writing – by 0.82%. These are values only 11% and 12.5% less than the MAXIMUM declared read / write according to the manufacturer’s data . It is worth adding that for the testing purpose I used the built-in card reader in my Dell laptop, which could have resulted in getting lower values in case of both cards. Not bad!

The program offers a little more possibilities of testing. Due to the way memory cards are being used (different loads than e.g. hard drives), I performed only sequential read/write tests, out of curiosity also checking how the cards deal with small data blocks of 32 and 4KB. 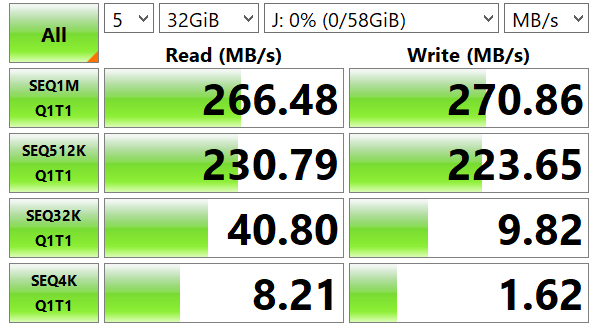 While testing read values Angelbird achieved 6.44% and 7.10% better results in two key measurements. Interestingly, when reading 32KB and 4KB blocks it was 18.09% and … 244.46% better. Certainly AV Pro cards will work better as pendrives;)

Summing it up – Angelbird is a bit better in most cases. It shows company is focused on competition with the best brands on the market. I’m not going to compare the cards to the cheapest / unbranded products available on the market – it would a waste of time and money. 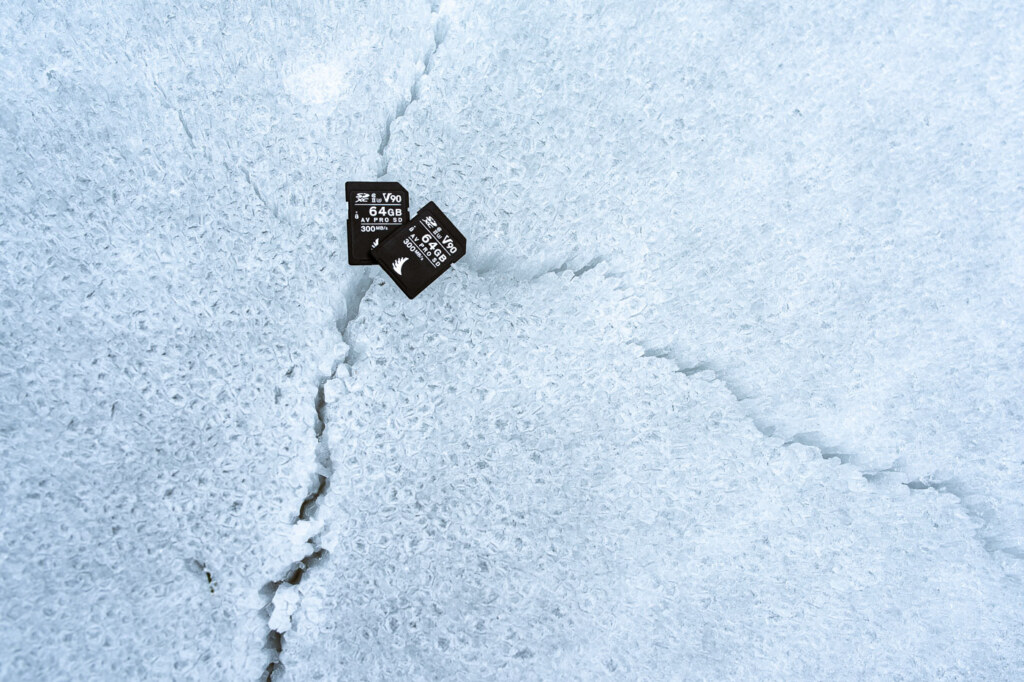 Although verification of the quality of memory cards for a process that may take up to several years, the first impressions of using Angelbird products are very good. Multiple attempts to destroy the cards, failed :) So far I can highly recommend them, but I will update this review in a year to confirm my findings. 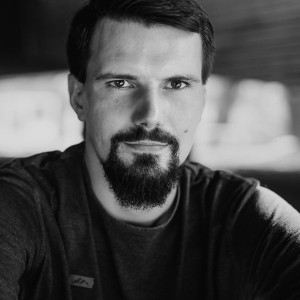